7 Reasons the ‘Carrie’ Remake is Better than the Original 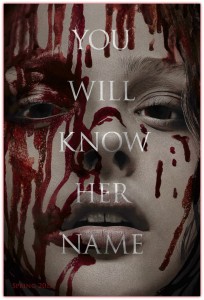 When I heard there would be a Carrie remake with Chloë Grace Moretz, Julianne Moore and directed by Boys Don’t Cry director Kimberly Peirce, I was super excited. Would this be a feminist horror movie? It sounded like it! I had actually never seen the original movie directed by Brian De Palma which was released in 1976, so I immediately queued it up on Netflix Instant. I liked what I saw, but I definitely thought it could use an update.

Fast forward to opening weekend, and my boyfriend and I exited theater thinking that we just saw a successful remake. Well, not so, according to the reviews! I feel the need to chime in and set some things straight.

1. The Male Gaze scenes are gone.

The original Carrie opens with a locker room scene where young, naked teen girls run about in slow motion as if the locker room is some naked girl heaven. While I admired the 70s bush in this scene (yeah 70s bush!), I kept thinking, “I’ve never been in a locker room like this.” I remember the locker room being the most horrifying place ever–especially for a teenager who absolutely did not want other girls seeing her naked body. In the Peirce version, the movie opens with Carrie’s bloody home birth. In the very next scene, there is an homage to original opening– beautiful teen girls walk in slow motion in their bathing suits near the pool. The camera dives beneath the pool to view their groins–no 70s bush, but it still gets the point across.

In the scene where the gym teacher punishes the girls for bullying Carrie, in the original version, the camera focuses on the girls’ thighs and butts in their short gym shorts. I’m not sure why the camera lingers on these girls’ bodies. Thankfully, in the remake, the focus is on Chris’s hissy fit instead.

In the original, Chris has no problem pouring pig’s blood on Carrie–and even gives her boyfriend, Billy, a blow job so he helps her out. In the remake, it’s Billy’s idea after Chris mentions to him that she hates Carrie. I thought it was much more realistic that a off-hand comment would turn into something more sinister.

In both versions, Carrie is putting the final touches on her prom attire, and her mother tells her to cover up her “dirty pillows.” In the original, Carrie goes commando, and you can see her nipples through the dress. Even with Carrie’s new-found confidence, I can’t think of anything more horrifying than showing off your nipples in formal attire. These are things you don’t want to happen when you are a young women, heck, even when you are a grown woman! I’m thinking De Palma probably thought it would look “great” on camera, especially splattered with the pig’s blood. But it’s a little too “sex + violence = beauty” for my tastes.

In the original movie, in a scene of cinematic artistry, the film spins and spins, while Carrie and her prom date Tommy kiss. Tommy is taking Carrie to the dance at the insistence of his girlfriend, Sue Snell. They haven’t broken up. This isn’t a teen rom com. So why do they share a kiss? Perhaps De Palma is lulling us into The Dream, before The Horror, but I felt it brought me out of the moment.

5. The nice gym teacher gets to live!

Both my boyfriend and I were super bummed that the nice gym teacher was off’ed in the original so we were glad to see her survive the carnage.

6. The Mother gets a quick death.

In the original, Carrie’s mother dies in a very long, gratuitous death scene. For a movie that tries to convince us that Carrie really does love her mother, Carrie takes her time killing her mom. I think it’s a hard scene to watch and considering that many people think that dead women are beautiful women, this scene verges on glorifying the violence.

Since the mom dies quickly, more time is spent on the bullies’s deaths. And it is a proverbial Final Destination cornucopia of deaths! Death by fire! Death by bleachers! Death by car crash! Even death by high heels!

As I’ve tallied up the changes to Carrie, I’ve realized that the remake has made an effort to make the story more “realistic”—I wonder if that’s why some reviewers feel it doesn’t live up to the original. For example, Julianne Moore’s mother comes off more as mentally ill than self-righteous. Many of the abstract anxieties of Sex and Pregnancy that Carrie’s mom fears, are realities that aren’t actually all that horrifying–in the remake, we find out Sue Snell has been having awesome sex; she becomes pregnant. And the world doesn’t implode. The focus is more on bullying and perhaps that’s not horrifying–it’s too real. And we are too desensitized to see that as horrifying.