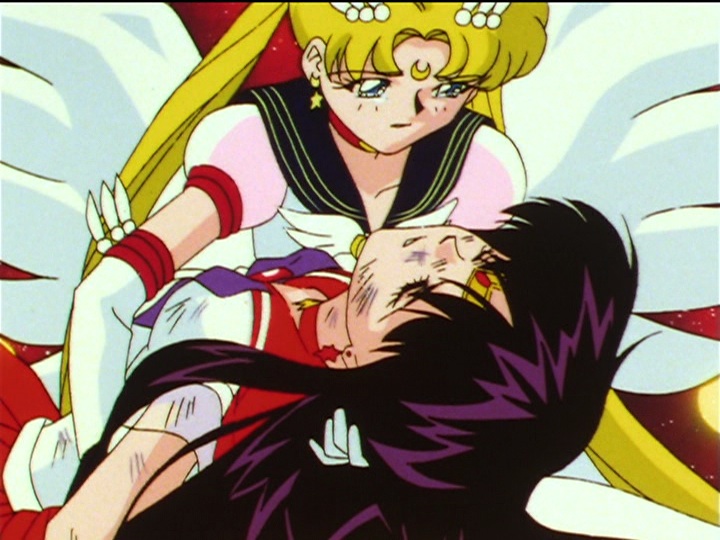 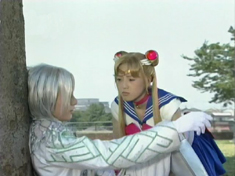 The short lived live action TV show of Sailor Moon is probably the least known in the Sailor Moon community, and that’s a bummer because it serves up many iconic moments, including the death of Zoisite–which broke my heart into a million pieces. For most of the show, Zoisite is our silver haired emo king, playing away mournfully on a piano. That is, until he remembers that he used be Prince Endymion’s right hand man. In Act 44, Awakened Zoisite dies protecting Sailor Moon from a youma. He dies while leaning against a tree while Sailor Moon pleads that he shouldn’t die. Perhaps it’s Miyuu Sawai’s performance in this scene because every time I watch this, I don’t want Zoisite to die either! 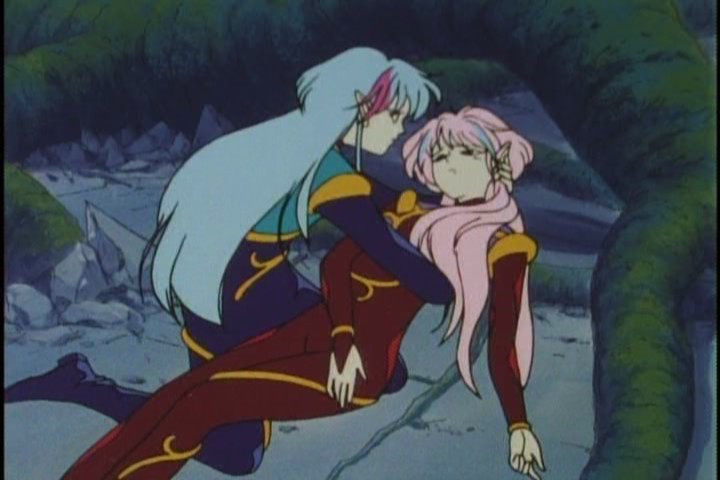 I’m not a huge fan of the Doom Tree Arc aka Makai Tree Arc, but it does contain one of the most epic final battles in Sailor Moon. What I remember most about this scene is that Sailor Moon gets her butt kicked throughout most of it. However, it’s Sailor Moon’s willingness to put her life on the line for Mamoru that inspires Ali to do the same for An. Unfortunately, he is brushed aside and it’s An who puts herself between the Makai Tree and Ali. The Tree stabs her in the chest with a Very Sharp Root and An finally proclaims her love for Ali as she dies in his arms. After hating her for 10 episodes, An pulls a successful Hail Mary and wins my heart in the end.

8. Queen Beryl’s Death in the Manga 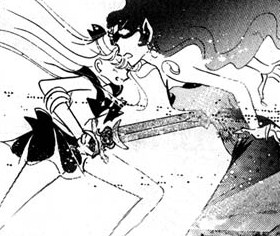 This epic death makes this list one part out of epicenss and one part out of frustration. In the manga, Beryl meets her end when Sailor Venus rams her through with the Holy Sword. It’s a moment where Venus truly shines as the leader of the guardians and it’s so, so satisfying seeing Beryl meet a gruesome end. However, in Sailor Moon Crystal, the animators perhaps thought this was too gruesome and had the Holy Sword nick a stone on her necklace instead. Not only that, but Crystal takes the sword out of Venus’s hands and puts it in Sailor Moon’s instead. Venus fans were none too pleased with change–this one’s for you!

If you had to ask me who my favorite Dark Kingdom general is, I would have to go with Zoisite. He’s such a catty bitch, he gives the boring Dark Kingdom most of its personality. So, when he finally goes, you are not only sorry for him, but for yourself too. (Look at all those flowers!) 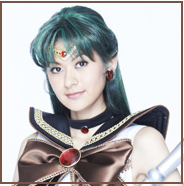 Sailor Pluto’s death in the second season is probably one of the most important death in all of Sailor Moon yet shockingly enough it doesn’t happen in the 90s anime. However, Sailor Pluto does die in the the takarazuka stage version, La Petite Étrangère and she goes out like a boss. She dies with Sailor Moon and King Endymion by her side as she sings to Black Lady the mournful song, “Not Loneliness.” Every time Pluto actress Mikako Ishii sings “Small Lady” I get shivers up my spine!

Spoiler Warning! Minako dies of an unknown illness in the live action TV show. It’s actually a pretty anti-climatic death and one that I hate with a passion that burns hotter than 10,000 suns. So why is it on this list? The only good thing we get out of this death is some more Mars x Venus feels which I am always here for. When Mars realizes that Minako has died, she lets out an iconic blood-curling scream. In the final battle, she summons Venus’s special dagger which makes Venus’s absence in the final battle all the more tragic. 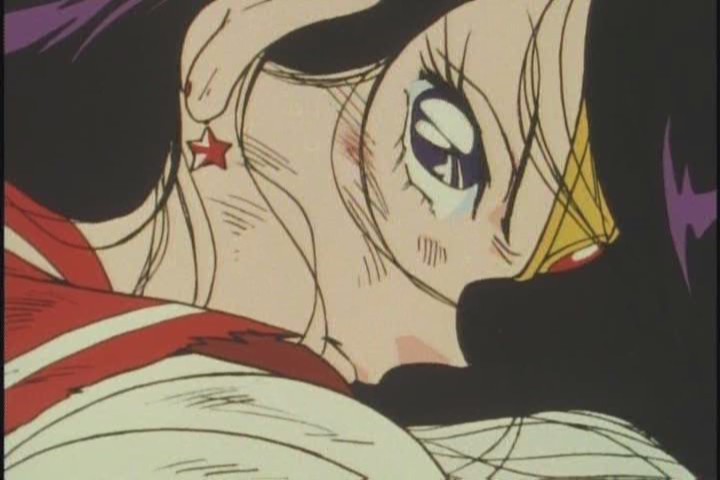 I could have done a whole list consisting solely of the deaths that occurred during the the final battle against the Dark Kingdom (maybe at a later date!), so I would be remiss if I didn’t at least include one of them on this list. And that honor goes Sailor Moon’s best friend, Sailor Mars. This battle still gives me heart tremors even though I’ve seen it a million times. It’s the way Mars gives Moon the peace sign as she runs off. It’s the way the youma disappears under the ice and then grabs mars. It’s the way that even at the edge of defeat Sailor Mars takes the youma out in one last fiery blast. 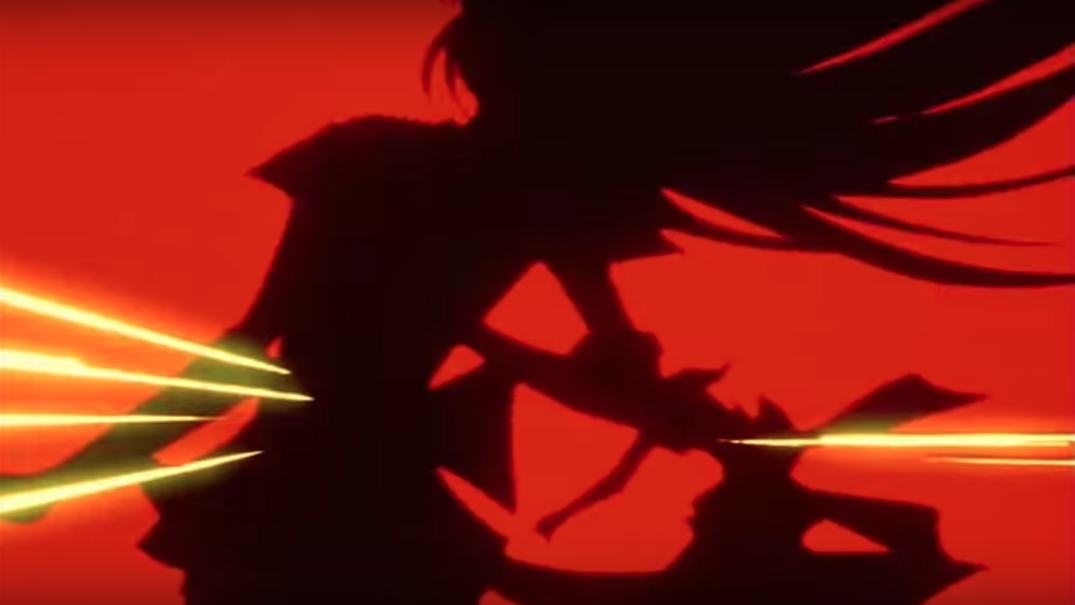 One of my biggest Moonie regrets in life is that I never sat down and fully watched Stars until a few years ago. So, by that time, I mostly knew how everything would shake down. However. You know how sometimes you think you know something, but really, YOU HAD NO IDEA?! Yeah, that’s what it was like watching the inner guardians bite the big one in Stars. NO ONE had told me that during this scene there’s a ripping sound as Sailor Galaxia cuts down all the inners in a matter of seconds. A RIPPING SOUND. To this day, this scene haunts me.

Sailor Moon fans may know that Princess Kakyuu bites the big one in Sailor Stars. What you might not know is that in the manga, she becomes a sailor guardian and has one of the most brutal deaths in all of Sailor Moon. How is that so? Well, let me walk you through this.

So Princess Kakyuu accompanies Eternal Sailor Moon on her journey to Sagiterious Zero Star. So far, so good. 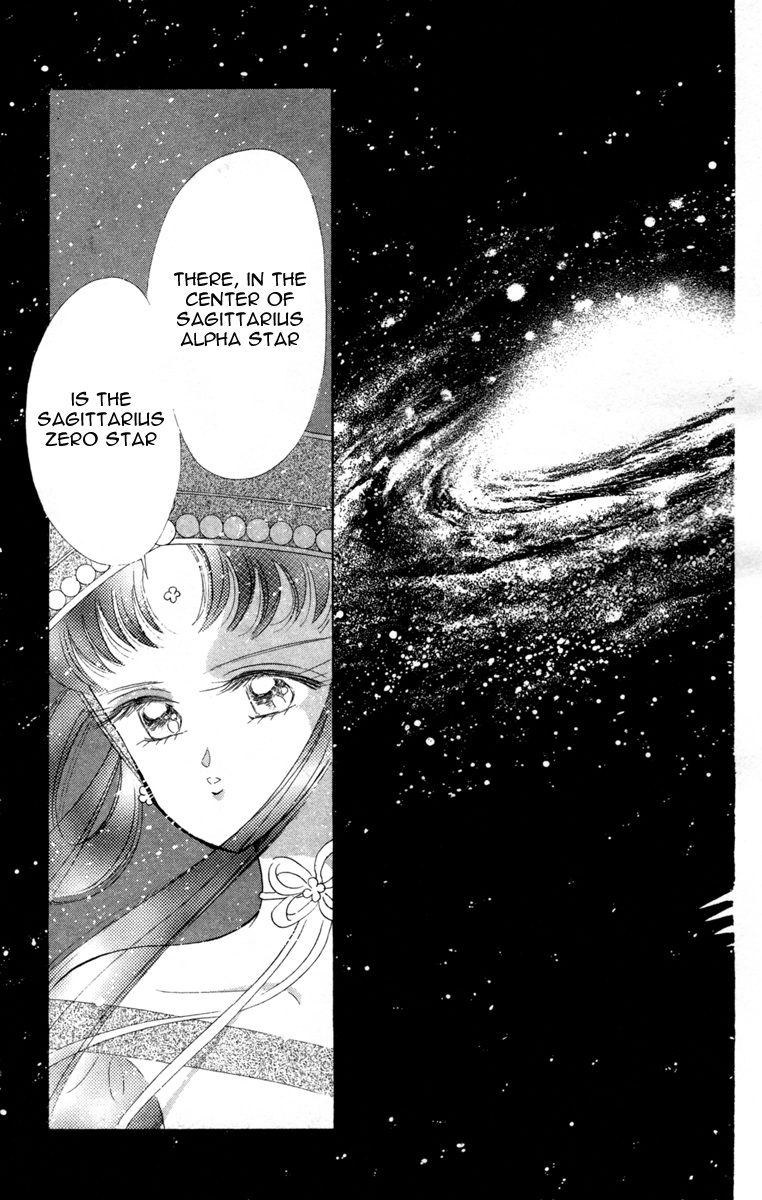 When the enemy attacks, she transforms into a badass sailor guardians with an amazing fuku! This battle is ON! 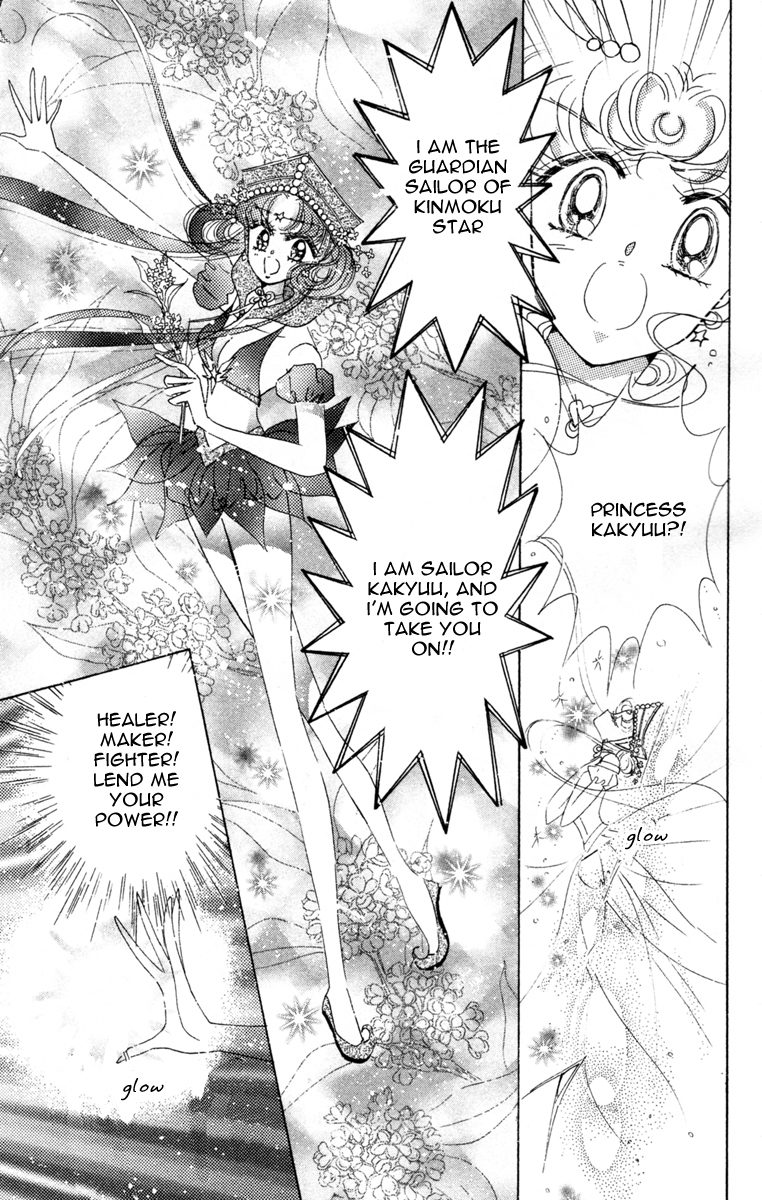 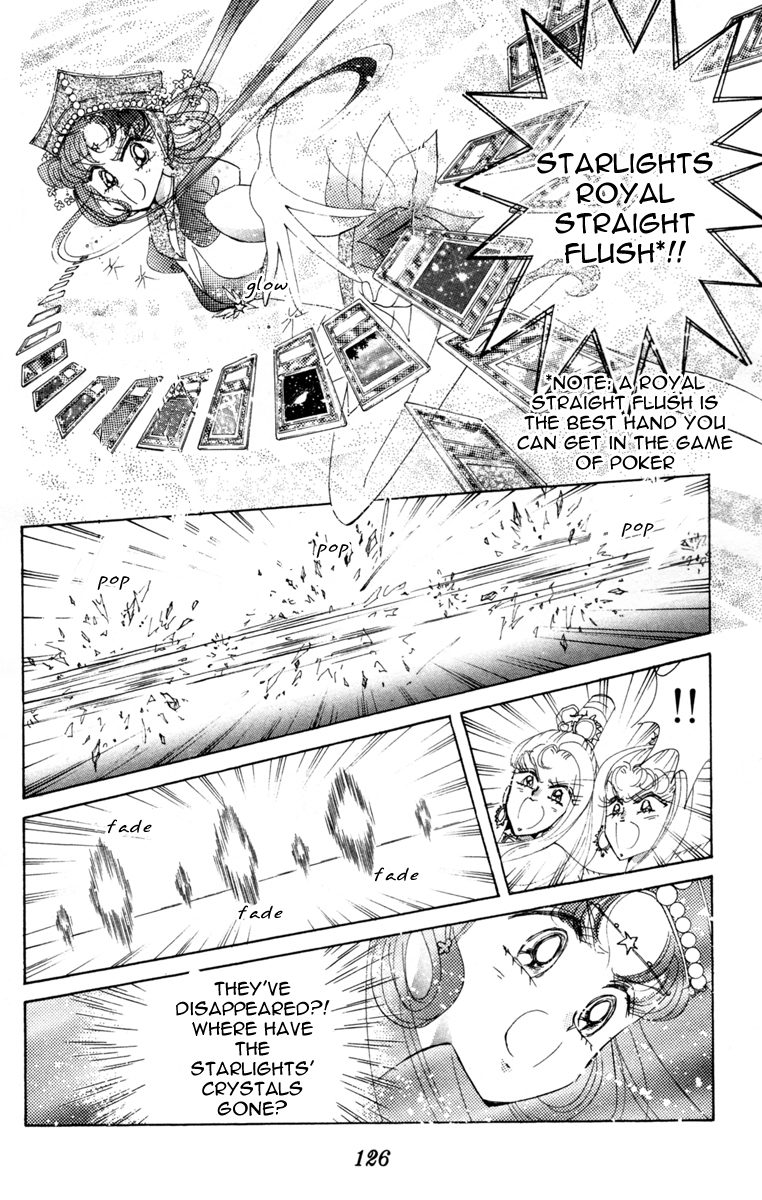 And then a mere TWO PAGES later, the most badass guardian ever falls by A STAFF THROUGH THE CHEST. 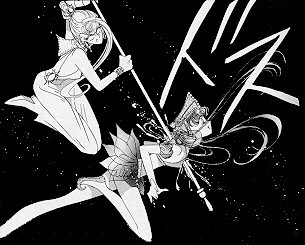 I don’t know about you, but I can hear this photo. It’s been over 15 years but it still gives me nightmare. 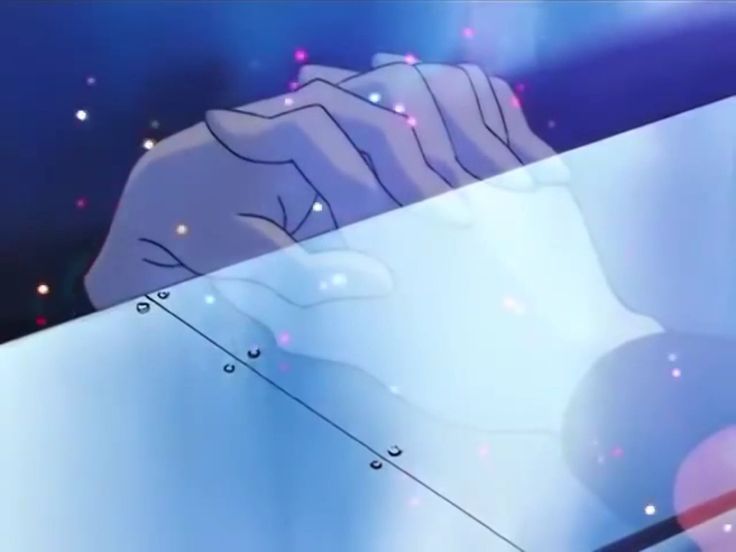 Hello to all those people who skipped the rest of the list just to see if I listed this as The Number 1 Most Epic Death in Sailor Moon. What kind of Sailor Moon fan do you take me for?! Of course, this would be number one! Urgh, this scene gets me every time. From Uranus’s”Are you scared, Michiru?” to Neptune’s “I want to touch you” to Uranus’s final “Atatakai ne” (aka You’re warm Michiru), this scene makes me just cry and cry.

So there you have it! My Top Ten Most Epic Deaths in Sailor Moon. What’s did I miss? What would your top ten be? Which death hit you in the feels the most? Leave your thoughts in the comment section below!