The Sanctity of Human Life in Sailor Moon 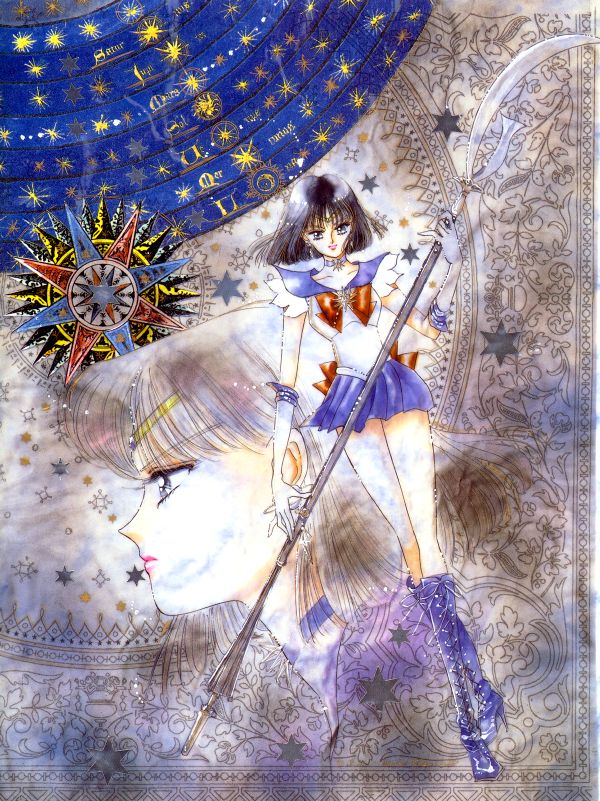 In February 2014, a Virginian State Senator, Steve Martin, wrote on his Facebook page calling women who abort their pregnancies, “the child’s host (some refer to them as mothers).” His words stripped these women of their humanity; he reduced them to objects because of their actions.

At the time, I had just finished re-reading the Infinity arc of the Sailor Moon manga. Words like “host” were swirling around my mind. In this arc, the Big Bad is Master Phaoroh 90 who seeks to steal the souls or “hostes” from the people on Earth, leaving them as empty “vessels” so his underlings can take over their bodies. Talk about being a host! Fortunately for us, pregnancy does not require people to remove their souls–which, perhaps, is the “problem” for people like Senator Martin: Pregnant people are still humans.

While Sailor Moon does not directly touch on the issue of abortion, our heroines do find themselves faced with a similar question. Does saving the world justify ending the life of an innocent child?

While Master Pharaoh 90 prepares for his arrival, another ominous force is waiting to be awakened. But this time, it’s a Sailor Guardian—Sailor Saturn, the Soldier of Ruin, whose epic powers will not only destroy evil, but the innocent as well. Sailor Neptune, Uranus and Pluto are prepared to take any means necessary to prevent Sailor Saturn from awakening. But there is a problem. Sailor Saturn resides inside of the body of an innocent child, Hotaru Tomoe.

In Act 33 of the manga, Sailor Uranus informs Sailor Moon that their goal is to kill Hotaru Tomoe to prevent Saturn’s awakening. Uranus even tries to rationalize their decision by arguing that Hotaru won’t live much longer; she’s more machine than human. Sailor Pluto adds that Saturn wasn’t even meant to be reborn; Hotaru should have died in that accident. (Page 142, 143) Despite these justifications, Sailor Moon and the inner guardians are horrified by the outer guardians’ decision. Sailor Moon is determined to save Hotaru and the world through another means–even after Hotaru nearly kills Chibiusa.

Sailor Moon has every reason to believe she can do the impossible–she is the wielder of the Silver Crystal and the Holy Grail, after all. However, there is a problem. Master Pharaoh 90 absorbs the energy from the guardians’ attacks and it makes him stronger. (Act 37, Page 62) In a last ditch effort, Sailor Moon decides to gather all their energy and smash it into Pharaoh 90. Which begs the question–will our hero, Sailor Moon, unwittingly bring Pharoh 90 into this world? We’ll never know, because in this moment, Sailor Saturn, the Soldier of Destruction, awakens. 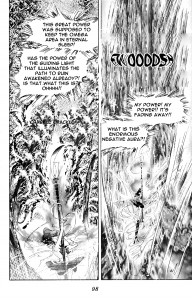 Sailor Saturn’s sublime powers of death and destruction save the world, but not without the help of Sailor Moon. As Sailor Saturn leads Pharaoh 90 into another dimension, she tells Sailor Moon, “There’s no need to despair. With every ending, comes hope and rebirth…and the one to bring that forth is you, Sailor Moon.” Sailor Moon transforms into Princess Serenity and restores everything back to life–including a newborn Sailor Saturn. 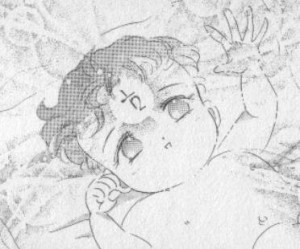 While Takeuchi-senshi draws heavily from christian symbolism in this arc, ultimately she sends a taoist message rather than a christian one. In Sailor Moon, there’s not just one messiah, there’s two–a Messiah of Death and a Messiah of Life–a yin and a yang. In taoism, these two forces aren’t opposites; they are complementary. One cannot exist without the other. Sailor Saturn’s destructive powers are necessary to make way for Sailor Moon to bring Tokyo back to life.

What I love about the Infinity arc is that it imagines women as divine beings, fully in control of Life and Death. In Christianity, there’s only one messiah, Jesus who is both Man and God; he is the Messiah of Life. There is no divine female–let alone one who makes life and death decisions. God, who is Father, Son and the Holy Spirit, makes those decisions. I wonder if this is why so many people like Senator Martin get upset when women make life and death decisions about their bodies. Just women have been cut out of the Trinity, these women seemingly cut out the dudes.

In the real world, life and death happens all the time in the womb. I wonder why we think of wombs as merely “vessels” when really, they are mini universes. Stars die across space and time and new stars are born again from their remains. When human life ends in the womb, often another is born in its place.

Infinity is an apt name for this arc. While the situation looks bleak, with the only solution being death, Sailor Moon and the guardians discover that with death comes rebirth; a power that Sailor Moon herself holds. In this story, the Messiah is not a man, but two young women who wield divine power over Life and Death. The sanctity of human life in Sailor Moon isn’t just innocent children, but the life of young women as well.

“This is one of the messiahs, Sailor Saturn….And now the other messiah. The column where Serenity is standing I drew while looking at a picture of a column of an ancient temple of the Roman Forum I took when I went in the fall of ’94. The whole city of Rome is filled with historic ruins, a city so full of history it’s dizzying. With these two opposite pages, I’ve put together the two messiahs.” (Naoko Takeuchi, Artbook III via mangastyle.net)

Next post: In the Beginning, Woman was the Sun: The Story of Raichō Hiratsuka