As you may know, in the summer of 2018, the Sailor Moon 25th Anniversary Project came out with a new stage show called The Sailor Moon Super Live. Originally, previewing in Tokyo, the show was performed in Paris this fall with another performance scheduled for Washington DC in March 2019. I had heard good things about the show from the previews in Tokyo so I booked a flight to see the show in Paris!

The show was amazing—I highly recommend seeing it if you can make it to the show in Washington DC. It’s an abbreviated version of the first season of Sailor Moon but done with interpretative dance—which I know sounds really weird, but with all the lights, costumes, dancing and songs, it’s a really fun experience all around. One of my favorite parts of the show was Kunzite. Normally one of my favorite generals, this Kunzite strutted out with an amazing costume that kinda looks like Shedder from Teenage Mutant Ninja Turtles (purple cape with spiky shoulder pads.) Not only that, but he had a huge purple light-up sword! SOLD!

After the show, I gushed about Kunzite to one of my friends who informed me that the actress who plays him, Reo Sanada, is a trans woman! Since she has somewhat of a masculine sounding voice, I was unsure what her gender identity was. To my knowledge, the Super Live was not billed as an all-female, Takarazuka-style performance, but I am thrilled to learn that they are continuing with this tradition! Reo is very active on instagram, often tagging her posts with #trans and #LGBT hashtags. You can find her at @sanada_reo. I really hope Reo’s performance opens up other opportunities for openly trans women to play more characters in Sailor Moon stage shows. 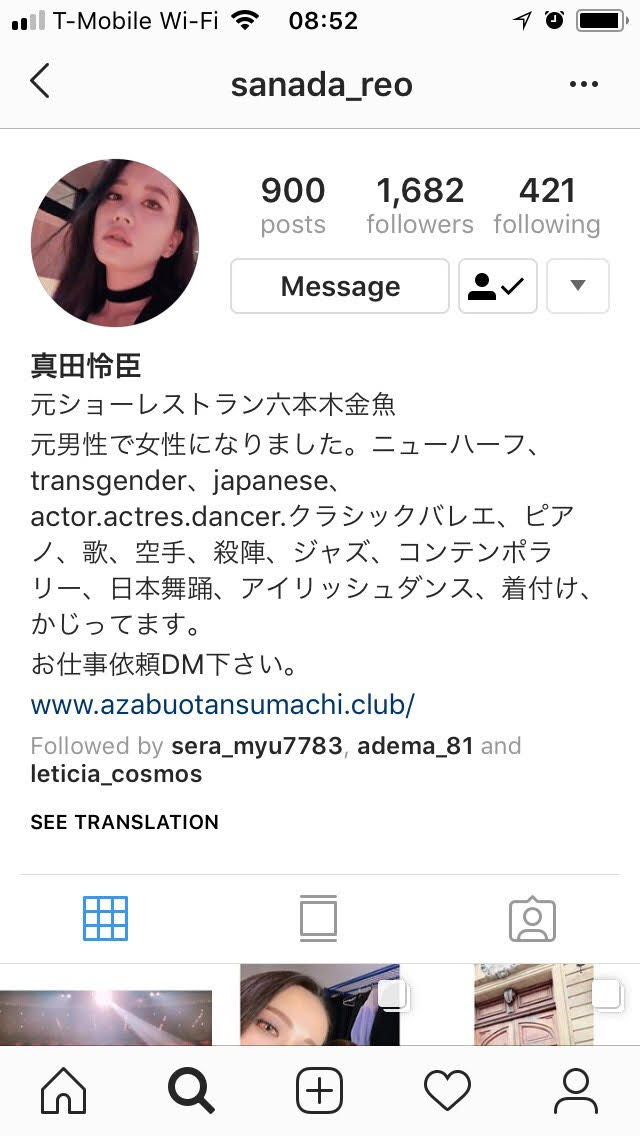 But that’s not all! Upon learning more about Reo Sanada, I started to gush to my friend about Avu-chan from the band Queen Bee (aka 女王蜂 aka Ziyoou-vachi) You might know her as the vocalist on songs for Devilman Crybaby  or Tokyo Ghoul but my friend had no idea who she was, so here’s my opportunity to tell you more about her! 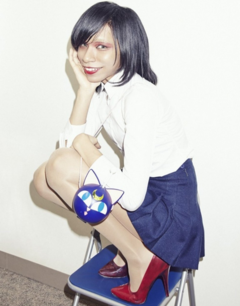 In January 2014, the Sailor Moon 20th Anniversary Tribute CD was released. One of the songs include was a new rendition of Ai no Senshi. Originally, the song was sung by woman, Yoko Ishida. So as I sat down to listen, I was pleased to discover that Ai no Senshi was now a duet.

I presumed that it was a duet between Usagi and Mamoru. However, my friend Tuxedo Unmasked pointed out to me that the lines sung by “Mamoru” were not exactly masculine. This made me investigate further and lo and behold, Ai no Senshi also appeared in a scene in the third season, when Usage hops into a car with Haruka and Michiru. Could this Ai no Senshi be a duet between Usagi and Haruka? Probably!

But Avu-chan’s involvement with Sailor Moon didn’t end at the 20th Tribute CD. Avu-chan also performs on the 25th Anniversary Tribute CD where she provides both Haruka and Michiru’s vocals on her rendition of Eternal Eternity. The video below begins on this track.

Avu-chan had this to say about recording Eternal Eternity:

The relationship between Sailor Uranus and Sailor Neptune is an amazing thing to me. I’ve always loved it.

I sang this Sailor Uranus and Neptune song that I love and performed both parts by myself. After recording, I suddenly came to think, “I want to exist as two people through music.”

The song and lyrics touch on loneliness and giving up. But above all else, it’s about their will to keep moving forward. The music arrangement and vocals nestle Haruka and Michiru close to one another. It’s full of feeling. I’d be happy if everyone listens to it lots.

Here’s Avu-chan describing her identity to a French reporter. Apologies if you don’t understand French! This video starts at 1:46.

So there you have it! I’m really looking forward to see how Sailor Moon will incorporate more diverse representation in the franchise.