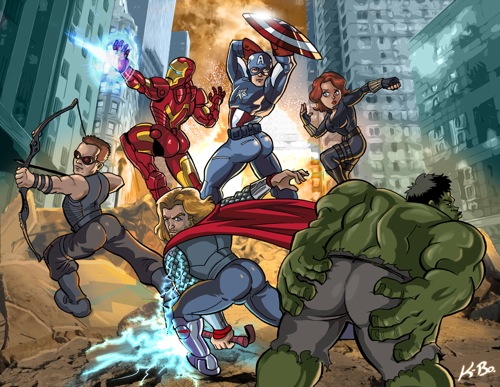 In 2011, the above image of the Avengers by artist Kevin Bolkmade the rounds on the internet. He had noticed that in many promo images for the movie Black Widow was constantly posed in such a way that the viewer could gaze at both her boobs and butt at the same time. The male avengers, however, are never posed like this. 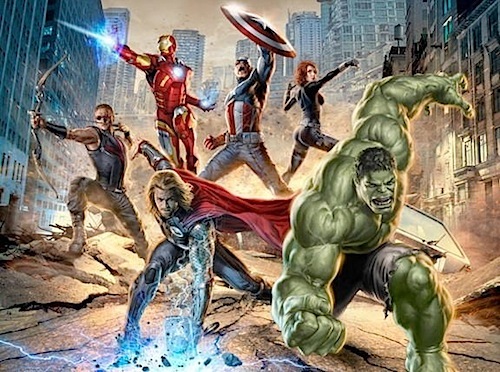 In July 2013, this promotional image for the new Sailor Moon musical, La Reconquista, graced the internet. 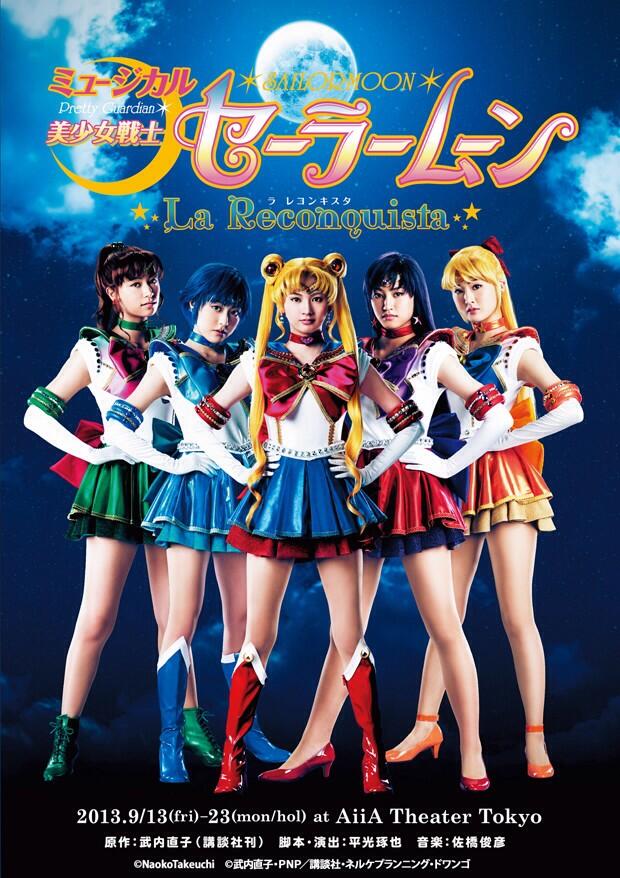 Not only are the sailor guardians not smiling, but they have their hands on their hips, their feet slightly apart and face the viewer straight on. Nary a boob curve or butt cheek in sight, but an image that makes the viewer feel they might kick your butt. I call this venerable pose, The Superman Pose. 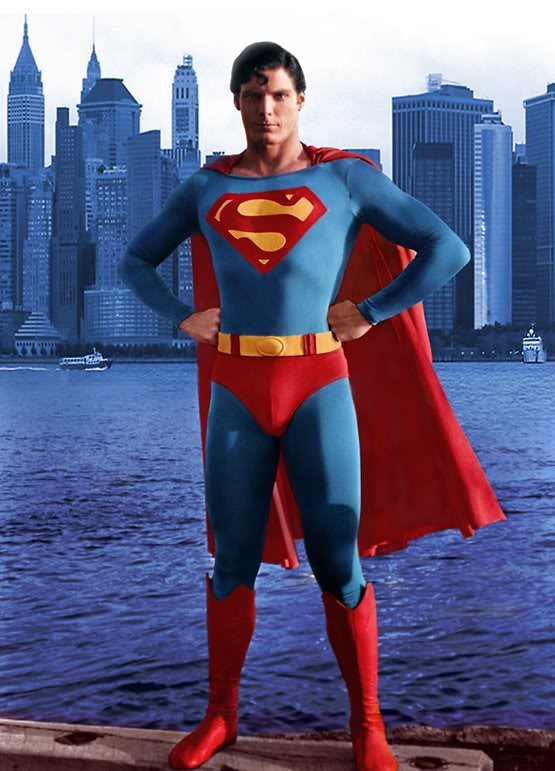 Superman is about to kick your butt. Credit: Ted Words

Of course, some imagestry really hard to give us some Sailor Moon T&A, but they seem quaint in comparison to the above images of Catwoman, Mary Jane and Black Widow. There are plenty of other optionsas well.

What makes Sailor Moon really unique, at least among her American counterparts, is that she and the other guardians have iconic poses that makes putting these lady superheroes into heroic poses that are not hyper-sexualized much easier. From their transformation sequences to their attacks, to even their introductory speeches, artists have many iconic poses to choose from.Take for example these ads for the new Sailor Moon S.H. Figuarts. The sailor guardians are posed similarly to their stance at the end of their transformation sequences. 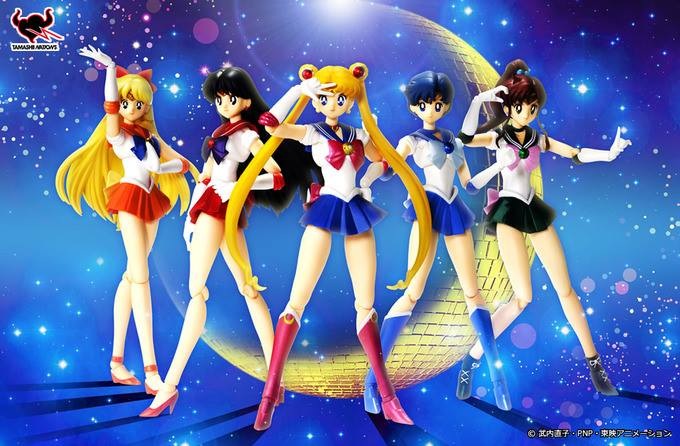 Sailor Mars probably has the most feminine stance and the closest we get to a “boob and butt” pose. However, I think those bows do a good job of covering up their boobs and their skirts minimize their butt check definition. Sailor Mercury’s pose evokes a bit more “strength” than her transformation pose with their feet firmly planted and her hands in fists.

Here is Mercury’s pose at the end of her transformation. While Sailor Mercury look like she might fall over, in fact, her pose is doing just the opposite. 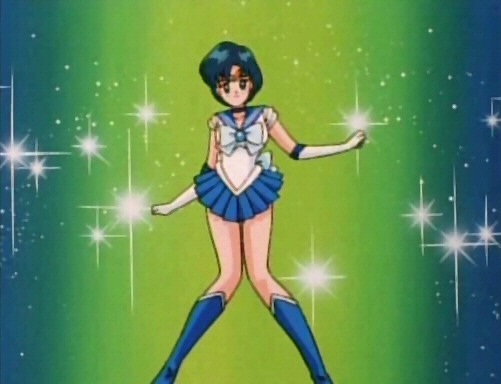 Her pose is very similar to the Applied Wing Chun Horse Stance which gives martial artists more stability and hence, more power. I really can’t think of anything that describes Sailor Mercury better–power in stability! That’s our Ami-chan!

One might be tempted to argue that, of course, Sailor Moon and the sailor guardians aren’t overly sexualized since the anime and manga are aimed at young girls. However, this begs the question–why do we want to teach young boys to view female superheroes as sexual objects? Heck, why do we want grown men treating lady heroes as sexual objects? This only normalizes sexist behavior in real life, as if lady heroes aren’t there to save the day, but just there to satisfy heterosexual dudes’ needs. Just ask these lady cosplayers about the creepiest things said to them.

Now if you’ll excuse me, I’m going to go play with my Sailor Moon Figuart and pose her like a hero who’s going to save the world. Moon Healing Activation! 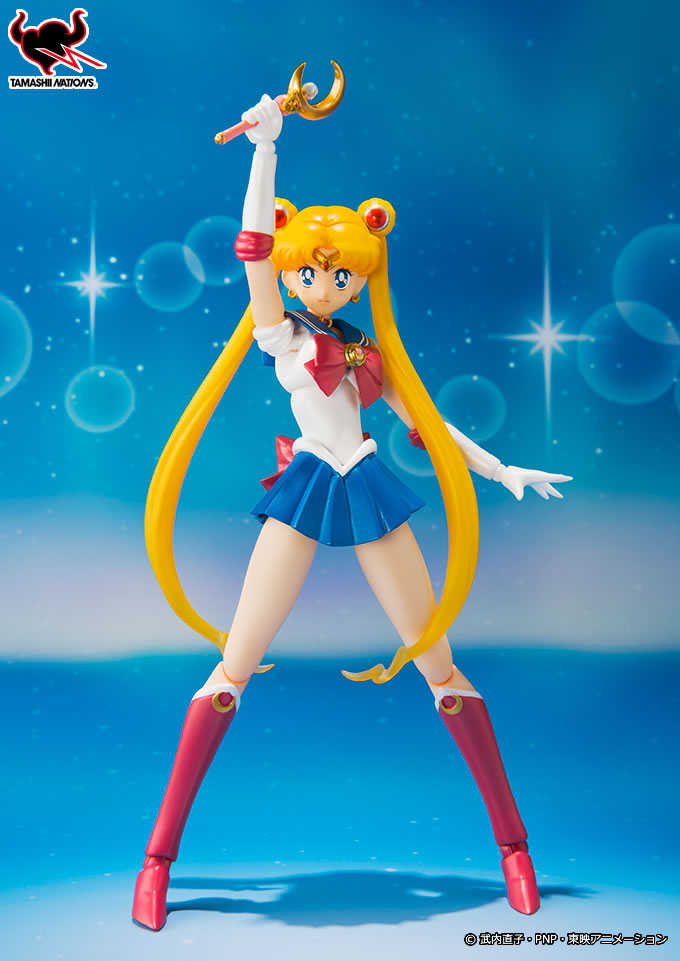 Next post: The Shojo Power of Beate Sirota Gordon