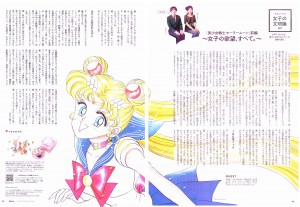 It’s been 11 years since Naoko Takeuchi, creator of Sailor Moon, sat down for an interview so I was super excited to read Miss Dream’s translation. One of the things I think about as I reflect on Sailor Moon is how Naoko developed her story and characters. In other words, how intentional were her choices? How did certain decisions come about? Thankfully, we do get a new glimpse of what it was like sitting in the Kodansha’s offices 20 years ago.

The first piece of information that sticks out to me is Osabu’s assertion that the scene where Sailor Moon accidentally becomes drunk in Act 4 would not pass the “censors” today. I hate the word “censor,” but I do think it’s a scene that’s pretty problematic. It’s a scene where our heroine is incapacitated and her love interest is about to kiss her. While Luna does interrupt Tuxedo Mask, declaring that he should stay away from Sailor Moon, it’s also a deeply romantic scene as the two star crossed lovers begin to recall their past lives. We, as readers, see this kiss not as a breach of consent, but an event that’s desirable. At the time, Takeuchi was a recent college graduate–I wonder how her experiences with alcohol influenced this scene.

And speaking of Tuxedo Mask, Naoko claims that he was there for “parody”–that for middle schoolers to be prowling the streets among men in black clothing, Tuxedo Mask had “a certain naughty appeal”! I’m not sure if I get the reference here. Perhaps Naoko is alluding to host clubs?

One of the most fascinating things I’ve learned from this interview is that the editors were actually against a team of beautiful girls. At it wasn’t because they wanted girls to have better role models, nope! It was because it just hadn’t been done before. The editors felt Naoko needed a comically fat character and a nerdy one with glasses if she really wanted to emulate previous fighting teams such as Gatchaman. Here I thought a team of beautiful girls was bending to the patriarchy! HA! It just goes to show you that if the idea is coming from a woman, that idea scrutinized perhaps more so than it comes from a man. And although a beautifully fat sailor guardian would have been lovely, it would have been certainly a loss if she were only there for a laugh. I wonder too if that is why is why Sailor Jupiter is so tall–she’s beautiful of course, but she has an atypical body type. Naoko also delivered a nerdy character with glasses–Sailor Mercury–but dang, she’s beautiful in those glasses! 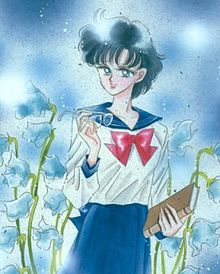 Naoko notes that it was a challenge to convince her editors of the color scheme–she originally wanted a pastel palette, but she was told only bold, bright colors would sell magazines. I’m glad she ultimately went with bold blues and reds for Sailor Moon’s fuku–it puts Sailor Moon on par with heroes such as Superman, Wonder Woman and Spiderman. However, it does seem to explain the bright fuku of the inner guardians as compared to the darker palette of the outer guardians.

Naoko also struggled with her editors regarding Sailor Moon’s hair color–originally she wanted blonde hair for Usagi, but silver hair for Sailor Moon. This isn’t new information–she recalls this in the notes of the first artbook–however, in this interview, the incident becomes much more sinister, with an editor laughing about Sailor Moon’s “grandma” hair. Well, grandpa editor, I’d just like to inform you that this image is my ALL TIME favorite: 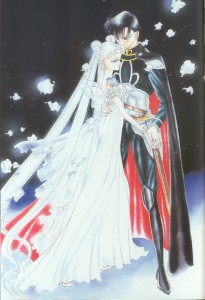 And, I absolutely love the hell out of this cover (although the quality of image used doesn’t do it justice): 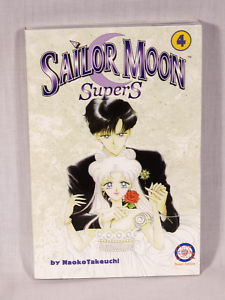 Anyway, that’s all for this interview–what do you think? Did anything surprise you? Stay tuned for part 2 in next month’s issue!