Otakon 2013 was my third Otakon–I first went in 2006 and again in 2010. I was able to see Home Made Kazoku in 2010, so when I heard they would be at Otakon again, I knew I had to go! Not only that, but a massive amount of Moonies from twitter would be there too! Moonies Unite!

After missing my Megabus and catching Amtrak instead, I finally made it to the convention center on Friday afternoon. I donned my Usagi high school uniform and waited in the massive badge line. 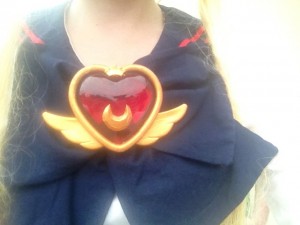 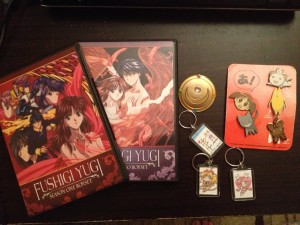 We saw some pretty cool cosplayers: 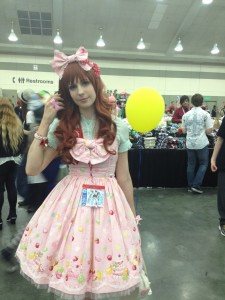 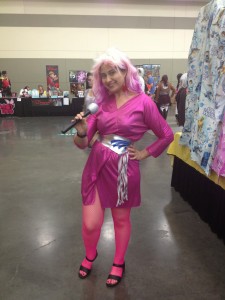 There was a Princess Fiona from Adventure Time in her Princess Serenity inspired dress, but I have no pictures of her! *cries* In the artist gallery, there was a Sailor Moon picture there that was really awesome, but it was pretty expensive. There were some AMAZING My Little Pony artwork which I would have bought and I don’t even watch My Little Ponies! They also had a 18+ art room were I stared at a bunch of naked boobies, and even some My Little Pony nipples.

After that, it was off to a very Moonie dinner at a pizza restaurant. SO MANY MOONIES! I didn’t even get to talk to everyone! 🙁 After that, I return to the convention, but I wasn’t feeling well so I headed back to my hotel across the harbor. It was a pretty fun walk! I passed Home Made Kazoku! You really can’t miss them–Big Sized, Medium Sized and Small Sized! I would have stopped for a picture, but it was kinda dark. And it was funny because random people along the way knew who I was, “Hey Usagi!” “Hi Sailor Moon!” A young black woman even ran up to me, saying, “Hurry Usagi! Transform! There’s trouble over there!” ROFLOL

The next morning I had to wake up early because I was going to sit my butt in line for Yoko Kanno concert tickets. I was there bright and early at 7:15am and I was so lucky to have Cycyn from Sailor Moon Obsession to keep my company! For 7 hours, we chatted about Sailor Moon, anime and life! It was such a memorable experience. ^_^ You can read her con report here.

While we waited in line, I learned about the African American poet, Frances Ellen Watkins Harper: 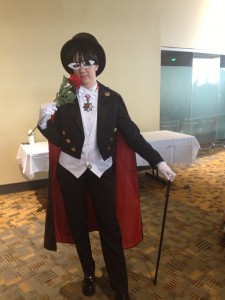 Rinzle Cosplay also stopped by in her AWESOME Neo Queen Serenity cosplay! HER STAFF LIGHTS UP YOU GUYS. 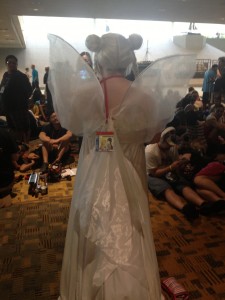 I was also able to snap this shot of Deadpool cosplaying as Sailor Moon. Work it!

Finally, after 7 hours, we got our tickets! 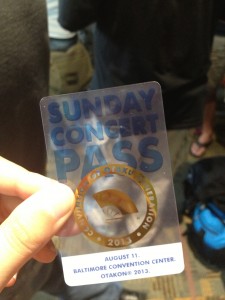 After that, we ran to a taco restaurant to have lunch with some more Moonies! 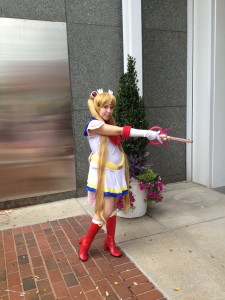 Then it was off to stand IN ANOTHER LINE for the T.M. Revolution/Home Made Kazoku concert! The concert was absolutely fabulous–I just love love LOVE Home Made Kazoku! They released a new album last month–it’s called Kimiga ita kara and it’s totally available on itunes. Really, you guys, I can’t stop listening to this song:

T.M. Revolution performed next and I have to say, I’ve never really listened to TMR, but he’s kinda like a Japanese Mick Jagger! LOL You can read more about the concert and playlist at Samuraibeatradio.com. The concert got out at 7pm and I believe we found some place to have dinner, but I can’t remember where! I hung out with some friends at the hotel and Cycyn had me try a Mexican chili candy which I didn’t like, but I’m glad I tried it! I went off to bed early since it had been a long day. I wanted to make sure I was prepared for the big even on Sunday–Yoko Kanno’s PIANO ME concert! YAYAYAYAYYAYAYAYAYAYAYY!!!!!!!!!

That morning I was supposed to meet Cycyn and another friend to get in line for the concert, but at that point, I hadn’t seen ANY panels or other events, so I thought I go in and sit in on SOMETHING, for at least a little bit. After wandering around for some time, I finally found the Maid Cafe, but apparently you needed a ticket to attend, so I missed out on that. I figured everything was a lost cause at that point, and went to go sit in line for the concert.

Singer Chiaki Ishikawa opened for Yoko Kanno–she did a lot of echoy operatic songs that was very similar to some Yoko Kanno songs.

Here is a sampling:

Anyway, back to Yoko Kanno. Her producer comes out and tells us that they’re very excited to be here and that if the song moves us, please participate–so for example, if she plays our favorite song, please song along. OH HELL YES. So Yoko Kanno comes out and she’s wearing black rabbit ears, a white top with a long frilly “tail” and black puffy shorts. It is like the coolest pianist get-up EVAR. I seriously want to wear that shit! And she opens with Tank! on a white baby grand piano:

I had never heard Tank! on the piano before and it was AWESOME. She plays a few more songs and then plays Gravity from Wolf’s Rain and people in the front row START TO SING and I just lose my shit and BAWL like a little baby. I continued to bawl throughout the concert. C’mon, you would start to bawl too if you heard this song:

After this, she gets up and tries to open the white baby grand piano, but it’s too heavy for her, so her producer has to run out and help her (Awwww!). The piano is open, but I realize that the open end is facing away from the audience. As someone who plays the piano, I thought this was a bit odd, because it’s usually opened towards the audience. So she sits down to begin the next song and BAM! THERE’S A LIGHT SHOW ON HER PIANO AND IT REACTS TO HER MUSIC. *@(#!*(@@*$(!@&$*(@)(#*)(!!!!!!!!!!!!!!!!!!!!!!!!! I had no idea this was going to happen! I had never seen something like this before! MIND. BLOWN.

Different images were shown on the piano. During one song, an image of a cow formed along the legs of the piano and slowly melted away into cow bones. Next, little balls dropped “into” the “empty” piano and filled it up. There were quivering pink hearts during another song. She also played the song Monochrome from the Ghost in the Shell: Stand Along Complex OST. In this song, there’s a heart monitor beep so an EKG reading scrolled along the piano while she played. But the biggest excitement around this was that she SANG! YOKO KANNO SINGS! I had no idea she actually sings! But Cycyn was telling me that she has an alter ego named Gabriela Robin who sings.

Her voice is super cute so it was perfect for the next song she sang, the adorable “Ed” song, Wo Qui Non Coin, from Cowboy Bebop:

All throughout the concert people clapped, sang, hummed–even snapped their fingers like we were some beatniks in a coffee shop! She also played The Real Folk Blues as the audience sang:

She finally ended the set by playing Star Spangled Banner, the United States’ national anthem. I know some fans didn’t like this, but I thought it was a nice touch. She really didn’t need to play it, but I was moved that she took the time and effort to learn it. Of course, everyone gave her a standing ovation and she came back out and played a few more songs. It was truly just an amazing experience–and experience I would have never had an opportunity to have if it wasn’t for cons like Otakon. Heck, I wouldn’t have been able to see this even if I lived in Japan! As the convention experience becomes more industry driven, I’m so happy that cons like Otakon still stick to the “for fans, by fans” ethos. It’s truly why I’ll continue going to cons–to have unique experiences like this.