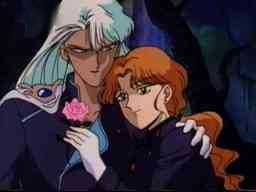 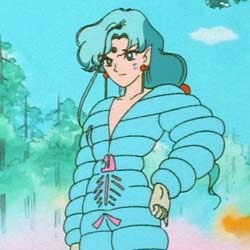 Now, I’m not sure exactly how Fish Eye defines himself. Gay man? Cross dresser? A trans woman? But what we do know is that Fish Eye isn’t ashamed of himself. This is probably why Fish Eye is my favorite Amazon! There are definitely a lot of issues surrounding Fish Eye’s portrayal. I’m thinking of episodes such as episode 140 (sub) where the victim of the day falls in love with Fish Eye’s “girlish beauty.” The victim feels “betrayed” when he learns that Fish Eye doesn’t have certain genitals that he was expecting. Or in episode 143 (sub) where Fisheye selects a young grade boy as his victim and then basically makes sexual comments towards the young boy. I definitely want to make a more dedicated post to these episodes.