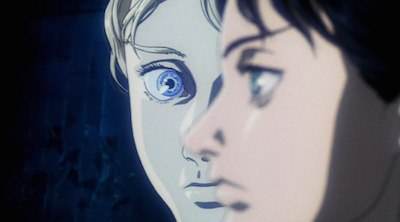 The 1995 Ghost in the Shell film tells the story of Section 9, a Japanese special security force tasked with anti-terrorism and corruption enforcement. Section 9 needs to capture the elusive hacker the Puppet Master who can infiltrate the minds of cyborgs.

One detail I had completely forgotten about is that Section 9 suspects that the Puppet Master is American. In other words, our heroes in this film are trying to protect Japan from being infiltrated by an American terrorist. That certainly puts the new American adaptation that’s headlined by a white American actress in a whole new light. Who exactly will “Major” be in this new film? We do know that Japanese actress Kaori Momoi will be playing Major’s mom which seems to indicate that Scarlet’s Major might not necessarily be American.

When Section 9 finally does find the Puppet Master, they find him in the shell of a cyborg woman. 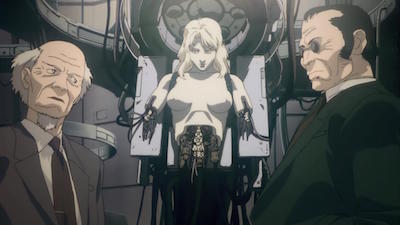 When Batou and Major Kusanagi come to examine the shell, they are shaken by what they see. Batou remarks that the shell was made by the same corporation that has created many of Section 9’s cybernetics–which means that the Puppet Master could hack into nearly everybody in Section 9 and control them. Moreover, the shell isn’t just any shell, but it’s the exact same shell model that Major Kusanagi uses. Unlike Batou, Major Kusanagi has a fully cyborg body except for her ghost. When she looks at the Puppet Master, she sees herself. She wonders out loud if her ghost is even her real ghost. 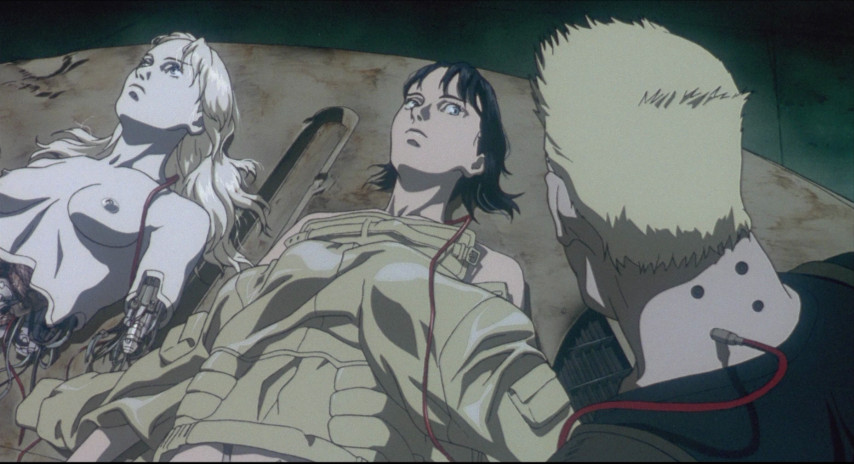 At the end of the film, the Puppet Master makes Motoko an offer. The Puppet Master cannot die nor reproduce. He wishes to merge himself with Motoko’s ghost so that he will cease to exist yet create something new. She agrees. Motoko emerges with her personality and memory intact and has gained the ability to travel through any network. She is no longer confined to a shell.

Next post: The Puppet Master Has Arrived: A Ghost in the Shell (2017) Review